Flying Foxes Control: everything you need to know 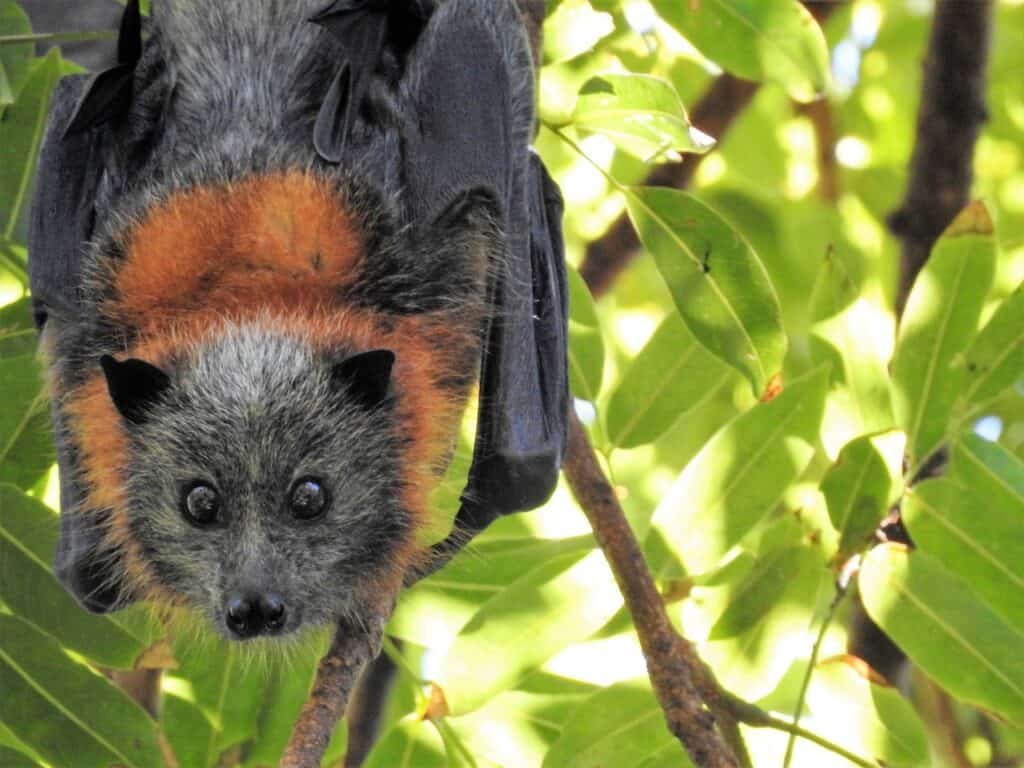 In this article, we look at the various ways to prevent flying foxes from damaging your produce. Some of these methods are less effective than others, so you have to choose which best suits you.
Table of Content

Several pests cause damage to fruits and crops. These animals and birds can have a commercial impact on production. One such animal is the flying fox. Contrary to what its name implies, the flying fox is actually a bat.

Below, we look at the various ways to prevent flying foxes from damaging your produce. Some of these methods are less effective than others, so you have to choose which best suits you.

This is the first method we’ll discuss. It involves installing protective netting that prevents the foxes from reaching the fruits. There are two ways to install the netting, each with its peculiarities. We’ll discuss the two methods below.

This method of installation has a record of a high level of success. To install, you set up a rigid structure with poles and cables all over the entire orchard or vegetation. You then attach the net to this structure, ensuring that the net covers the entire orchard. Be careful that the integrity of the net remains intact, as any hole from broken netting defeats the entire purpose of its installation.

However, full canopy netting always guarantees holistic protection for your fruits and vegetables. The downside to full canopy netting is that it’s expensive. Another disadvantage is its susceptibility to damage in regions that experience high winds, cyclones, and hail. This makes this method highly unsuitable for such locations.

Tunnel netting is a method of installing netting such that it follows the arrangement of the rows of the orchard. The setting of the frames and wires ensures they support the net and hold it away from the tree. You won’t have to add the net until the fruits are mature, meaning that the netting will be a temporary installation. Only the frames and wires need to be permanently placed.

The disadvantage of tunnel netting is that fruits touching the net are prone to damage by pests outside the net. You also need to peg the net down, to prevent pests from getting inside and damaging the crops.

This method of prevention exploits the highly developed sense of smell that flying foxes possess. To do this, place enough carbide spread throughout the garden, that the smell becomes perceivable. Carbide was first employed to keep flying foxes out of orchards and gardens in north Queensland in 1982.

This method is, however, not suitable for long-term usage, as the foxes become accustomed to the smell over time. This then renders the carbide ineffective. One way to use carbide effectively is to combine it with another means of prevention, and to only use it when the fruits become mature.

Another means to keep the flying foxes away is to use sounds like bangers, poppers, clangers, sirens, and bombers. The way to do this is to set up a playback system with speakers, and keep playing the recorded sounds over and over. Such sounds possess the ability to unsettle the foxes and scare them away.

However, just like the carbide, sounds are not effective for long-term use. Because no real danger accompanies the sounds, the flying foxes get accustomed to the sound, and it stops scaring them away. You can, however, prolong the efficacy of this method by playing one type of sound for a while and then switching. In the end, though, it stops keeping the flying foxes away.

You can also keep the flying foxes away by installing bright light grids or flashing strobe lights in your plantation or garden. This also has an unsettling effect on the pests, just like the sounds. The illumination will also keep them away, as they prefer to feed in the dark.

This is, however, also another method with a brief span of efficacy. After a while, the flashing strobe lights, or the Bright illumination, stop scaring the flying foxes away. They even adapt to feeding in fully illuminated gardens or orchards. The lights also have the potential to become a beacon later, guiding the pests to your orchard.

You can also choose to install a horizontal grid of electrified wires above the trees and combine them with droppers hanging down the sides. Electric wires have the advantage of longevity, as the flying foxes don’t get accustomed to their effect. They also have a record of moderate success.

Electric wires are illegal in some regions, so you should find out if your country allows you to use them to prevent pests before choosing to install them.

Scare guns are devices that produce a loud explosive noise that scares birds or other animals away from fruits and crops. They are also called scatterguns, or gas guns. Some scatter guns rotate after firing a shot, so the next blast comes from a different direction. This augments the surprise effect on the animal.

Scare guns belong to the category of deterrents that are unsuitable for long-term usage. Just like with the lights and sounds, the flying foxes get accustomed when no danger accompanies the sounds.

This is another effective method of protecting your fruits and crops from pests like flying foxes. It entails wrapping protective bags around each fruit. The bags are usually transparent, allowing light to pass through. This method has a moderate record of success, and you don’t have to take any step until the fruits appear.

The disadvantage of this method is that it’s extremely labor-intensive. You will have to wrap each fruit separately, which not only requires a lot of labor but also takes time. Fruits with improper wrapping are also vulnerable to damage from pests.

There are certain chemicals available for use as deterrents against flying foxes and other pests. The efficacy of these chemicals lies in the effect they have on the pests. Some of these chemicals leave an unpleasant taste on the animals after eating the fruits. Others make them sick or become disoriented temporarily. The result is that they become reluctant to return to the fruit that gave them such an unpleasant experience.

The downside of this method is that you have to reapply the chemicals after a rainfall. This is because the rain will wash off the previous application of the chemical. Also, residues of the chemical may seep into the fruit, impacting its flavor.

You can also choose to shoot the early arriving flying foxes that serve as scouts for the flock. This has a moderate record of success in preventing the flock from arriving to feed on the fruits.

Flying foxes pose a threat to fruits and crops in the orchard, but there are ways to mitigate the threat effectively. The choice of a deterrent that you choose should depend on factors like your environment and how much you intend to spend. You should also consider how long you intend to use the deterrent. EyouAgro offers a variety of quality netting that you can install to protect your fruits from pests, like flying foxes. Ask for a quote today.

Kevin Lyu
Hey, I’m Kevin Lyu, the founder of eyouagro.com , Family-run business
An expert of agriculture protection textile specialist .
In the past 26 years, we have helped 55 countries and 150+ Clients like farms, orchards , vineyards to protect their plants. The purpose of this article is to share with the knowledge related to agriculture growing protection for making the plant healthier and stronger.
PrevPreviousAUTOS &CAR Hail Protection Netting Guide 2022
nextWildlife Friendly Netting: all you need to knowNext
Categories
Recent Posts 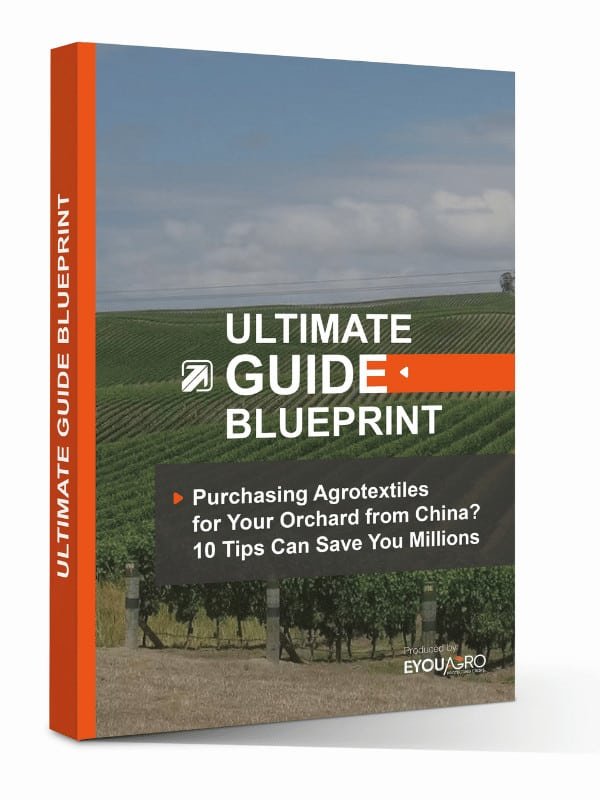